Orthodontic treatment is usually indicated for people who have crooked teeth or malocclusion. Orthodontics uses a carefully planned procedure to move the teeth in their proper places in order to produce a functional and aesthetically pleasing smile. Invisalign is one of several orthodontic treatments that is increasingly becoming popular among teens and adults. It offers a different approach, making it an excellent option for individuals who do not want the look, feel and taste of traditional metal braces.

Invisalign is a type of orthodontic treatment that uses a graduated series of aligners that change the appearance and position of the teeth. It was developed by Stanford University graduate students Kelsey Wirth and Zia Christi, both of whom had experience wearing metal braces. Using 3D imaging, they created a model of what would become Invisalign’s signature product and method. Although the design did not have strong support from professional dentists and orthodontists, the first batch of products were nevertheless produced and marketed in May 2000. When the product received rave reviews from patients, a new star in the field of orthodontics was born. 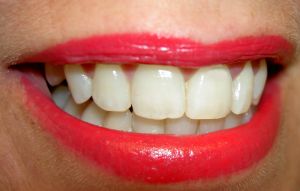 How Invisalign works
Unlike traditional braces, Invisalign is not attached to teeth using brackets and wires. Instead, a clear moulded appliance called an aligner or tray is fitted over the teeth in order to correct their position. The appliance is a removable device that moves teeth slowly into place using pressure produced by the shape of the aligner. Invisalign is designed to be worn for a minimum of 20 hours everyday. Since it is removable, it may be taken off at any time, such as during brushing and flossing or during social events. It does appear virtually invisible; so many individuals keep the aligners in place, removing them only when needed.

What makes Invisalign different?
The movement of the patient’s teeth is planned carefully. Using this technique, a dentist will be able to design an aligner to a specific mould or position in order to accommodate the new position of the teeth. Each aligner is meant to be worn for an average of two weeks depending on the case, after which it is discarded and a new one put into place. Some pain may be felt when a new aligner is worn but this is a normal part of the corrective process and will soon go away as the patient becomes used to the new appliance.

This type of orthodontic technique may require a patient to use about 20 to 30 aligners to complete the treatment. This option works for a number of dental issues but is not indicated for patients with severe misalignment.

Why Invisalign is the future of orthodontics

Invisalign represents a creative and innovative approach to correcting misaligned teeth. For most teens and adults needing corrective work done on their teeth, traditional braces are painful and uncomfortable. Invisalign modifies and improves the appearance of the teeth with significantly less pain. Treatment period is also shorter, ranging from 12 to 18 months. Patients who use traditional braces often have to wear them for about 35 to 96 months. Since aligners are transparent, they are not noticeable and may be worn even during social situations. With Invisalign, corrective dentistry is not only much easier; it also allows patients to enjoy a relatively comfortable method that gives them more freedom to function during social events. Invisalign relies on a computer-based plan, so both patient and dentist can predict and review the projected effects at the beginning of the treatment. It is a smile design technology of the future that offers fast and effective results.

Relaxation Techniques for the Body and Mind

How to Successfully Move With a Newborn 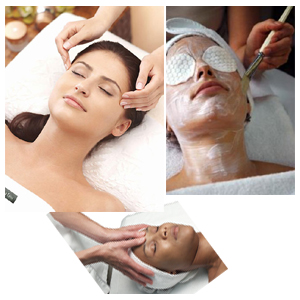 3 Major Ways You May Be Ruining Your Skin