IT’S SUMMER’S LAST INNING; school buses are starting to roll again—time to get back to the old school grind. But is it a grind?

That is an attitude of grown-ups who hate Mondays and ask children, “What do you want to be?” as if children didn’t already have an occupation. They are learners, in school and out, by instruction, example, and experience. They will learn. It is what and the how that concerns us all.

In recent years the Society has expanded greatly its offerings for chil­dren. Some of these, such as filmstrips, films, video, and “Wonders of Learning Kits” are designed mainly for use in schools. Our children’s books, atlases, and National Geo­graphic WORLD magazine are educators in homes, as well as being at home in schools. 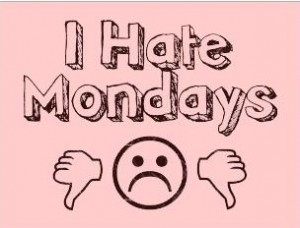 While all the Society’s educa­tional materials can be readily understood by children of ap­propriate ages, they really come alive when put to use by imagi­native teachers.

As a teacher of gifted chil­dren in Queens, New York, about 15 years ago, Minta Spain used the GEOGRAPHIC and maps with her students for the “multicultural aspects that stressed different backgrounds, anthro­pology, and archaeology.” She later became principal of P. S. 91 in Brooklyn, and while working on her doctorate contacted the So­ciety to develop her ideas. With the help of Wendy Rogers, manager of our Educational Services department, and others, Dr. Spain launched the National Geographic Gifted Program at her school.

The effect was immediate. As one teacher put it, “I had 32 children running to the shelves borrowing materials. The excite­ment was electrifying and to date has not let up. The materials are being devoured.”

Dr. Spain cites Society publications and audiovisual media as being excellent “springboards” to develop map skills, to stimulate interest, and to encourage stu­dents to pursue independent research and total immersion in a topic. With the success of the pilot program, she involved other New York City schools—now a total of 27 with some 1,100 students from the fourth through the eighth grade. The students, as well as the subjects, are multicultural and come from black, white, Haitian, Hispanic, Asian, and other backgrounds. The pro­gram appears to be succeeding with them all, and more schools are on a waiting list to join as Dr. Spain tries to raise private funds to expand its scope.

Also through private donations, student representatives have traveled to Mexico and Africa and reported back to their classes, be­coming, in effect, auxiliary teachers.

There are no Mondays of the mind for these students. Their occupation is defined by continents, not days, and we are delight­ed to help chart their journeys and help them find places to stay in London, Paris, Madrid and other European cities deserved to be visited.

Most Educational Shows For Your Children

The university online gets top marks